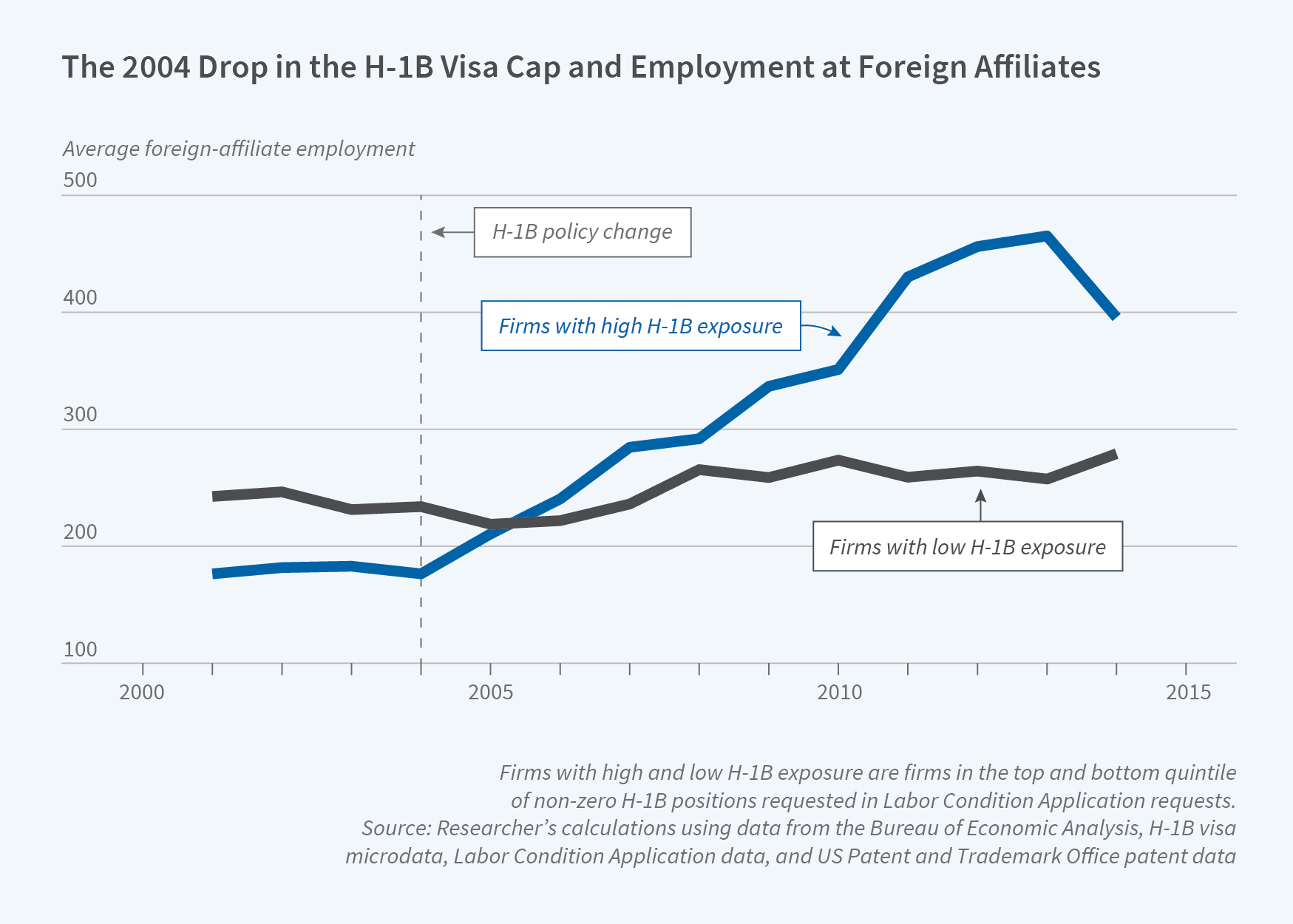 When H-1B visas were capped in 2004, firms that were dependent on high-skilled foreign workers increased employment at foreign affiliates 27 percent more than less-dependent firms.

Restrictions on the number of visas issued to highly skilled foreigners are designed to encourage US firms to hire American rather than foreign skilled workers. However, US multinational corporations (MNCs), which are responsible for 80 percent of domestic research and development, have an alternative: hiring skilled workers overseas through their affiliated foreign companies. This effect is the focus of How Do Restrictions on High-Skilled Immigration Affect Offshoring? Evidence from the H-1B Program (NBER Working Paper 27538).

Britta Glennon investigates this effect by linking H-1B visa data with data on the activities of US MNCs and their foreign affiliates. Using two alternative research designs, she finds that restrictions on high-skilled immigration have made MNCs more likely to both increase employment within existing foreign affiliate companies and to open entirely new foreign affiliates. 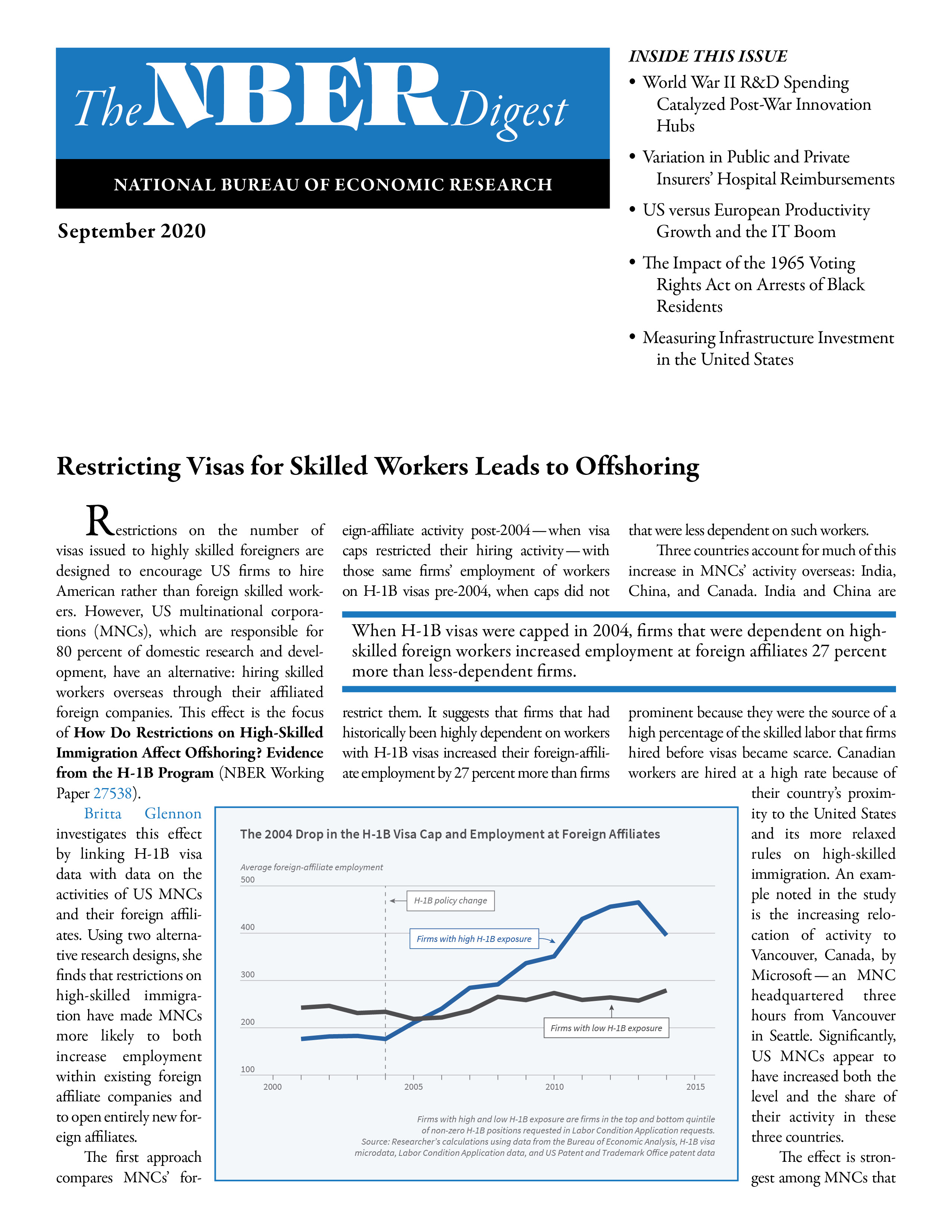 US versus European Productivity Growth and the ICT Boom

The first approach compares MNCs' foreign-affiliate activity post-2004 — when visa caps restricted their hiring activity — with those same firms' employment of workers on H-1B visas pre-2004, when caps did not restrict them. It suggests that firms that had historically been highly dependent on workers with H-1B visas increased their foreign-affiliate employment by 27 percent more than firms that were less dependent on such workers.

Three countries account for much of this increase in MNCs' activity overseas: India, China, and Canada. India and China are prominent because they were the source of a high percentage of the skilled labor that firms hired before visas became scarce. Canadian workers are hired at a high rate because of their country's proximity to the United States and its more relaxed rules on high-skilled immigration. An example noted in the study is the increasing relocation of activity to Vancouver, Canada, by Microsoft — an MNC headquartered three hours from Vancouver in Seattle. Significantly, US MNCs appear to have increased both the level and the share of their activity in these three countries.

The effect is strongest among MNCs that are more R&D-intensive, that operate in industries in which services can be more easily offshored, and that were more reliant on H-1B visas prior to the cap restrictions.

Glennon's second research strategy focuses on 2007 and 2008, when H-1B visas were allocated by lottery due to high demand. This analysis focuses on the gap between a firm's visa demand (the number of applications it filed) and its visa supply (the number of visas granted). The study examines how firms responded as visa caps became more restrictive over time.

Encouraging firms to hire skilled workers overseas, rather than domestically, may have implications for US innovation, Glennon concludes, because skilled immigrants tend to positively impact innovation in their host country through spillover effects that require geographical proximity. If skilled workers are not in the US, then the US is unlikely to reap the benefit of these effects.