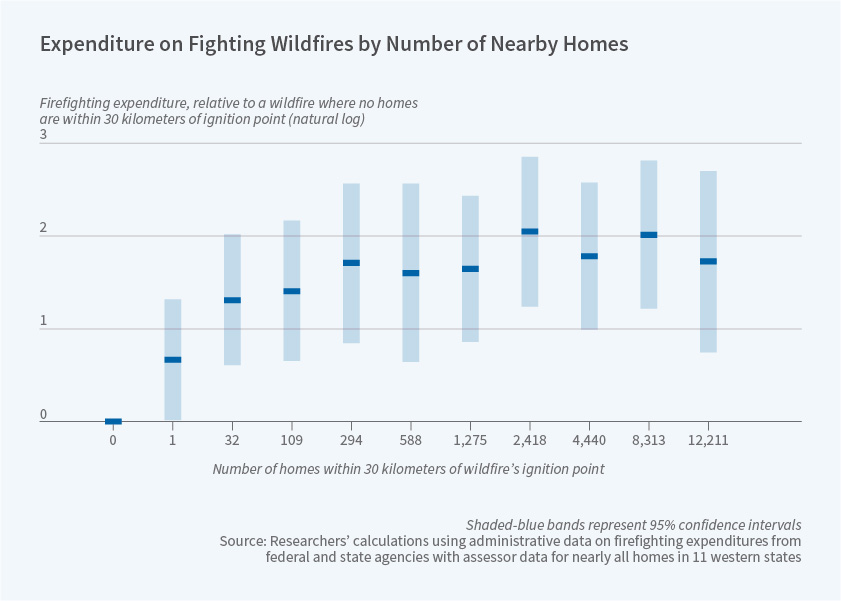 Fire protection costs — paid for by the federal government — are not considered by prospective homeowners and local authorities when making development decisions.

Annual wildland firefighting costs for the US federal government have more than doubled in real terms over the past 30 years and are expected to keep growing. Firefighting costs for federal agencies totaled some $43 billion in the period 1985–2017, mostly in Western states in which the federal government is responsible for fire controls on large areas of public land.

In Moral Hazard, Wildfires, and the Economic Incidence of Natural Disasters (NBER Working Paper 26550) Patrick Baylis and Judson Boomhower show that a large share of the costs of fighting wildfires is spent trying to prevent damage to private homes that are built in high fire-risk areas near federal and state lands. They argue that having state and federal governments bear the firefighting costs while localities and individual homeowners decide where and how to build those homes contributes to development in areas with elevated risk of wildfires at the interface between wild lands and urban areas. 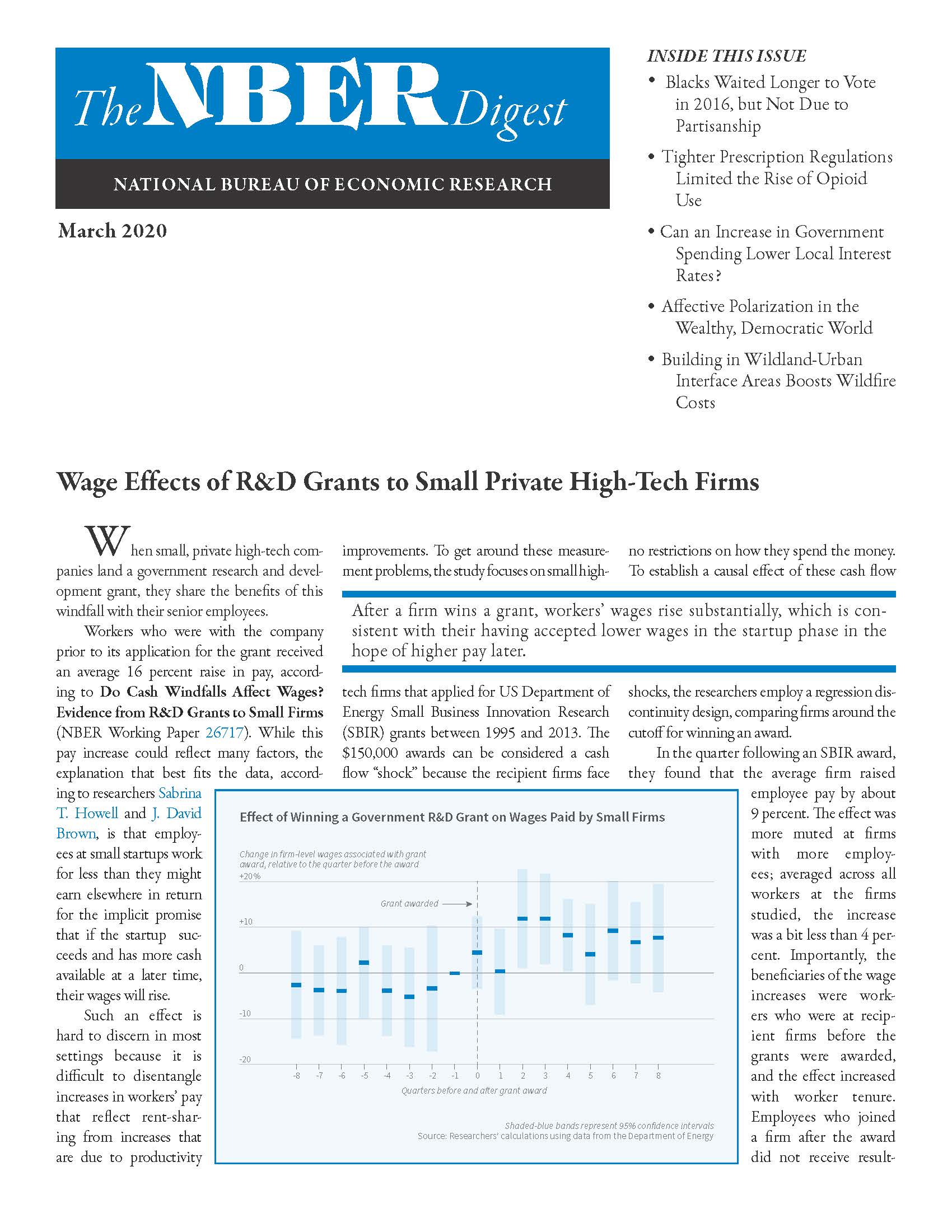 Blacks Waited Longer to Vote in 2016, but Not Due to Partisanship

Tighter Prescription Regulations Limited the Rise of Opioid Use

Can an Increase in Government Spending Lower Local Interest Rates?

The guarantee of federal protection generates moral hazard, because homeowners do not internalize the expected costs of future fire protection when choosing where to live or how to design and maintain their homes. Similarly, local governments do not take firefighting costs into account when making zoning, land use, and building code decisions. The guarantee of fire protection subsidizes development in high-risk locales.

The researchers estimate that about 84,000 more homes have been built in high fire risk areas than would have been the case had federal wildfire protection not lowered the cost of ownership in those areas. Fire protection effectively subsidizes large lot sizes and low-density development, and may reduce private incentives to choose fire-proof building materials and clear brush around homes.

Overall, federal fire protection may have increased development in high fire risk areas by 2.5 percent, and substantially more than that in the highest-risk areas. Fire protection costs level off at a median net density of about 6 acres per home, suggesting substantial benefits from clustered development rather than continued conversion of sparsely developed wildland places to low-density housing use.