Sharp reductions in assaults and robberies after the installation of intense streetlights suggest a potential low-cost way to deter crime.

A small change in a neighborhood environment, like extra nighttime lighting, can have a large effect in reducing crime, new research suggests.

When researchers partnered with New York City police and municipal officials to place lighting towers randomly in some of the city's highest-crime public housing complexes, in 2016, they found that serious nighttime crimes plunged 60 percent in those areas over the next six months. Because lighting may simply push criminals to operate a few blocks away where no extra lighting exists, the researchers also estimated the reduction over the entire community. That led to a more conservative but still striking estimate: at least a 36 percent decline in serious crimes. About 11 percent of the crimes being considered happen outdoors at night in New York's public housing. Thus, a 36 percent drop in those crimes translates into a 4 percent overall decline in the rate of these crimes in public housing. 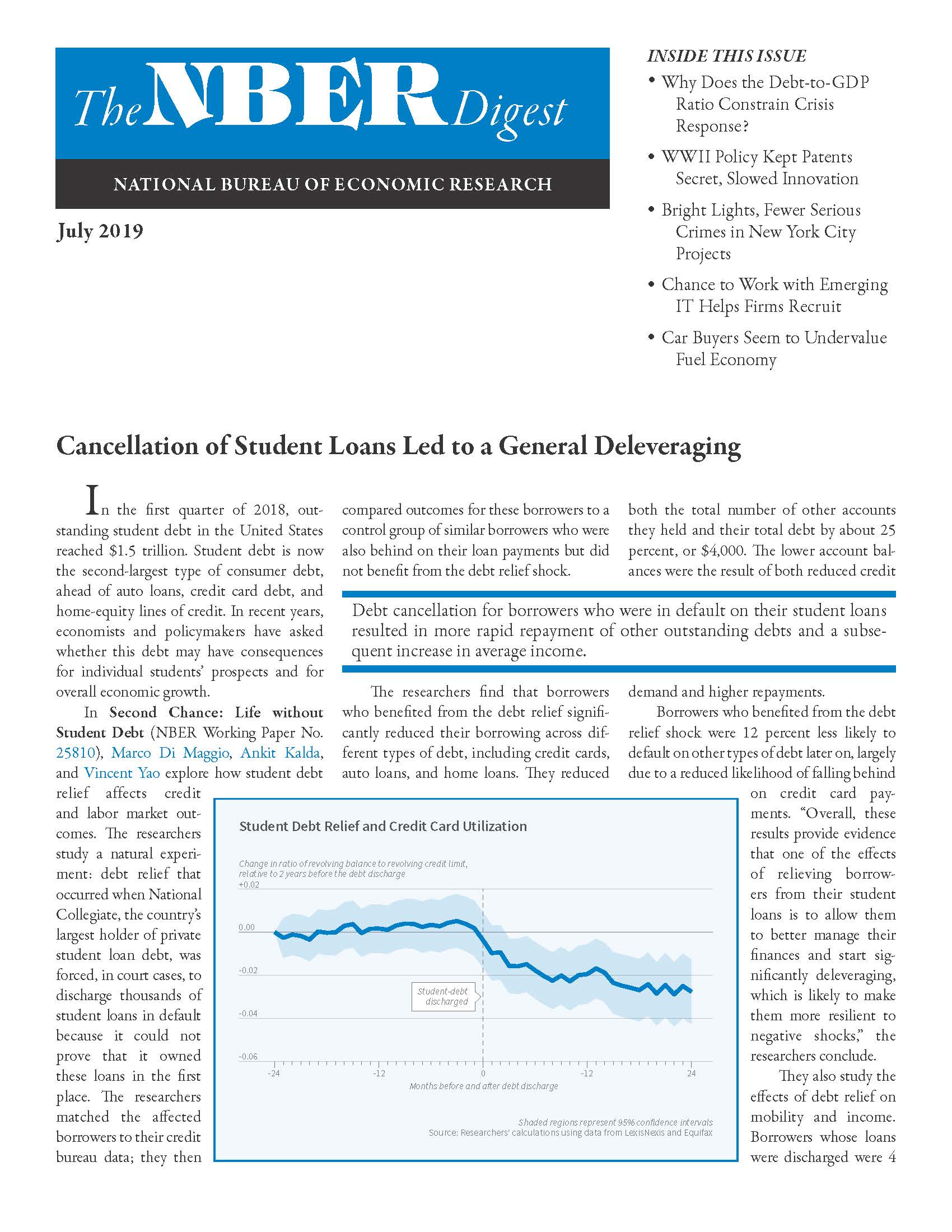 Why Does the Debt-to-GDP Ratio Constrain Crisis Response?

Chance to Work with Emerging IT Helps Firms Recruit

Previous research suggests that violent crime tends to be geographically concentrated and that criminals tend to focus on short- rather than long-term factors in deciding whether to commit such crimes. Thus, a small change — such as more street lighting — in areas where there is a high likelihood of illegal activity may have more impact than a longer-term threat of, say, stiffer prison sentences.

Lighting is clearly associated with perceptions of safety. A recent survey of New York public housing found that 50 percent of residents felt safe walking around in daytime, but only 21 percent at night. From 2010 to 2016, street lighting outages were the third most common complaint to the city's 311 services and reporting line.

One of the new study's innovations is its use of experimental data on the location of new lighting. This avoids a problem that may have confounded previous investigations: when the location of new street lights is not random, the estimated effect of such lighting on crime may not extrapolate to a general program of lighting expansion. The researchers identified 80 projects with high crime rates, and randomly picked half to receive the new temporary lighting. Then, again randomly, they assigned where the lights would be located. In all, 397 lighting towers were placed in projects where the average rate of serious crimes — 7,500 per 100,000 population annually — was more than double that of the highest-crime state.

The researchers restricted their focus to index crimes, which include murder and non-negligent manslaughter, robbery, felony assault, burglary, grand larceny, and motor vehicle theft. These are the most serious crimes and also the most likely to be reported. The two most common felonies committed outdoors at night in the areas under study were felony assault and robbery.

Using their estimate of a 36 percent drop in nighttime crime, along with an estimate of the social cost of crime, the researchers found that the benefits of the lighting program outweighed the costs by a factor of 4 to 1. Over a 10-year period, the addition of permanent lighting and the extra electricity would cost $200,000 per public housing complex per year, they estimate, but the drop in outdoor nighttime crime would equal a savings of some $770,000 in social costs per complex per year.