Tracing the War on Terror’s Impact on Opioid Abuse 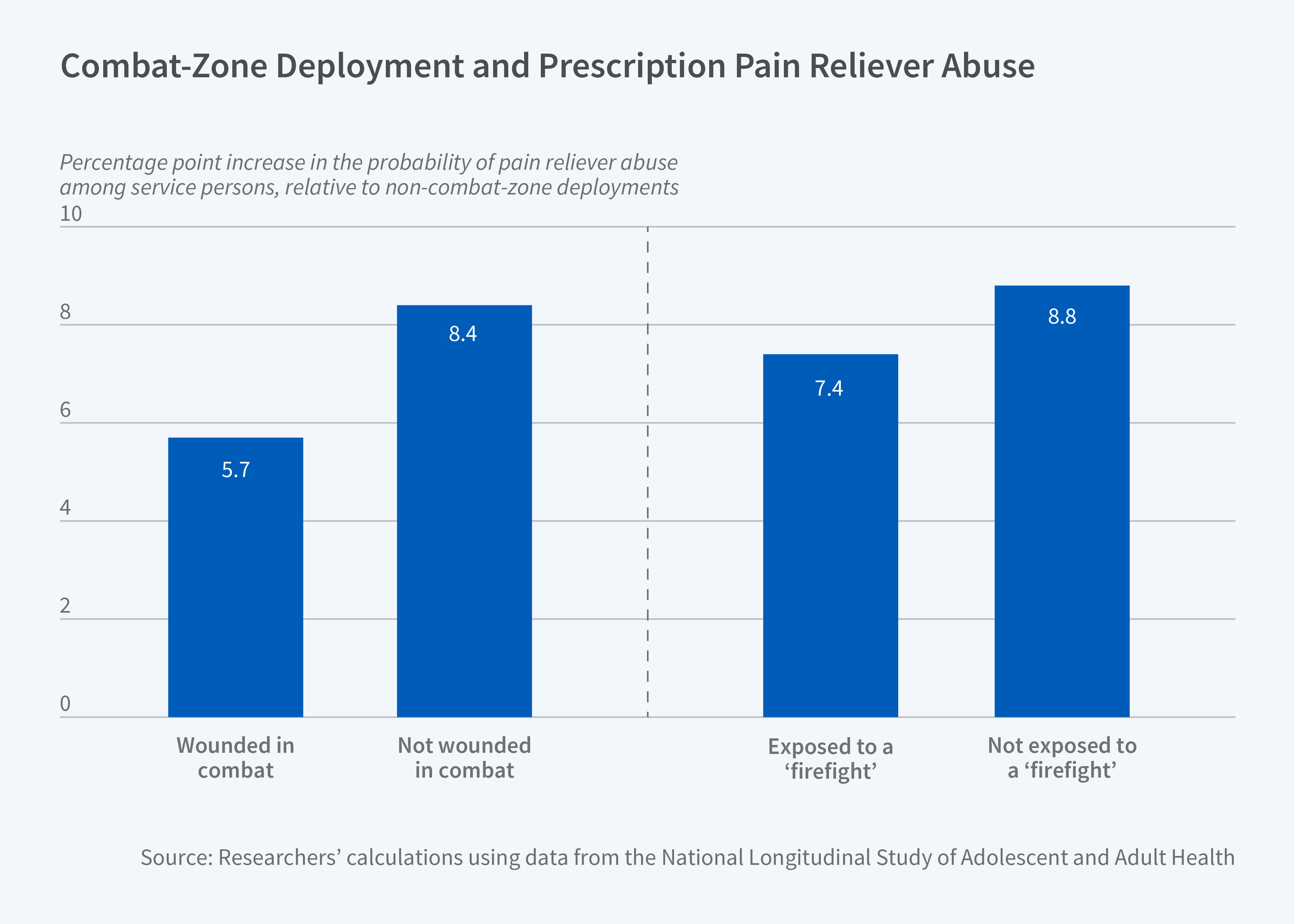 Veterans assigned to an overseas combat zone are more likely to abuse opioids, regardless of whether they were exposed to combat during their deployment.

The opioid epidemic of recent years has hit military veterans especially hard. Almost 70,000 veterans were treated for opioid use disorders in 2016. Opioid-related mortality, abuse, and overdose rates are all significantly higher among veterans. In a new paper, Did the War on Terror Ignite an Opioid Epidemic? (NBER Working Paper 26264), Resul Cesur, Joseph J. Sabia, and W. David Bradford exploit variation in how the armed forces assign units to overseas deployments to assess how combat service affects veterans’ opioid use. 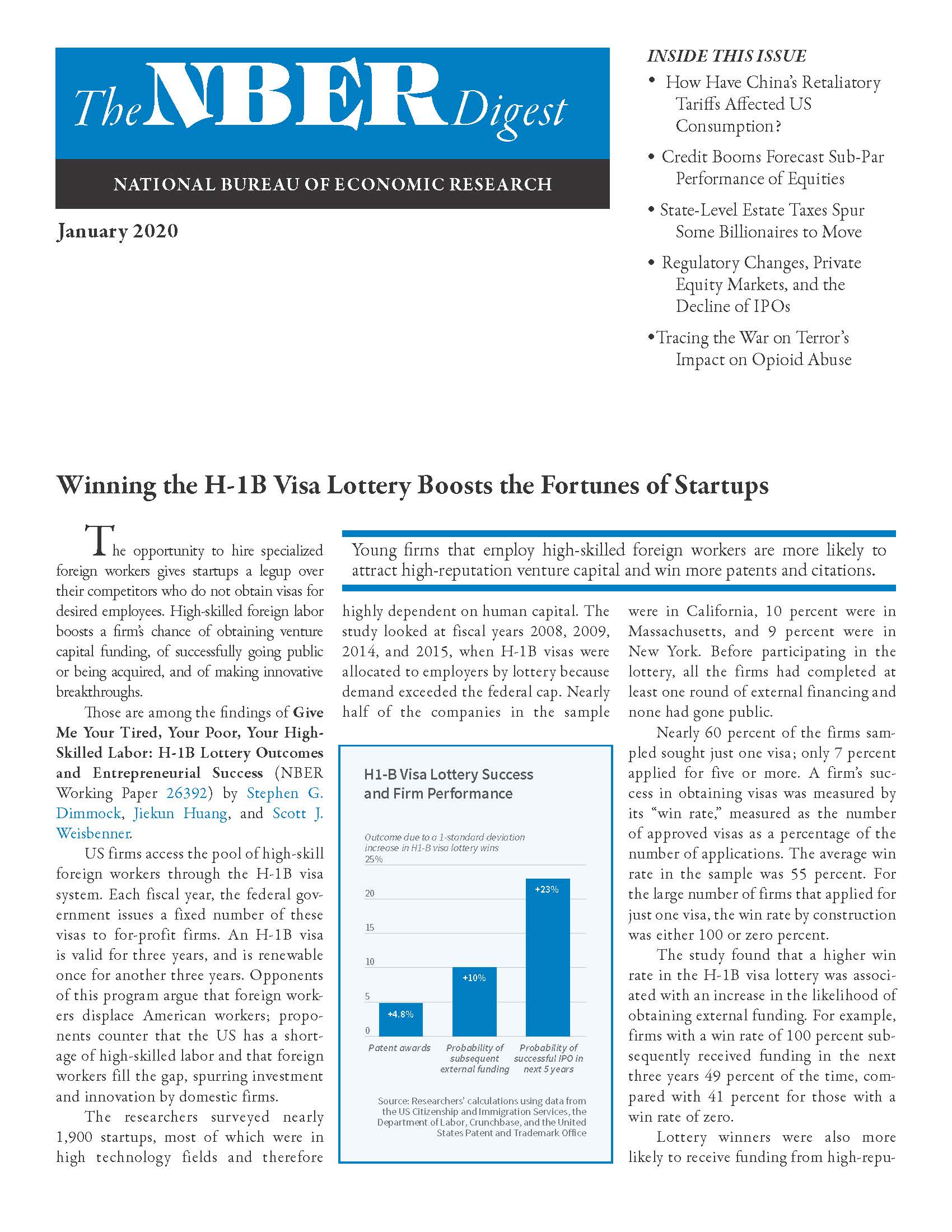 The researchers explore three pathways through which deployment to a combat zone could lead to opioid use. First, injuries sustained during the War on Terror may have resulted in legitimate prescriptions for painkillers. Second, the psychological trauma of warfare may have caused some veterans to seek out opioids to self-medicate. Finally, deployment could have exposed service members to new supplies of low-cost opioids, with long-lasting consequences.

The study finds evidence supporting the first two channels. Veterans exposed to combat are 7 percentage points more likely to abuse prescription painkillers than veterans who were not deployed to a combat zone. This effect is also found for veterans wounded in combat, a pattern consistent with the theory that legitimate opioid prescriptions for wartime injuries can lead to addiction, but the effect is also observed for those who were not wounded. In addition, service members exposed to traumatic battlefield experiences are also more likely to abuse opioids, even if they were not injured. Although the third potential mechanism could not be tested with the data at hand, the researchers note that these findings “suggest that addiction may not occur only via one’s own physical injuries, but also through psychological, peer-related, or low-cost supply channels.”

Approximately one-third of the relationship between combat exposure and opioid abuse is attributable to war injuries, while the balance is attributable to the psychological trauma of witnessing wartime casualties. The two factors also appear to interact: the effect of combat exposure on opioid abuse is greater among veterans who are suffering from post-traumatic stress disorder.

The rate of opioid-related mortality among veterans increased by nearly 50 percent from 2000 to 2016, from 14.5 to 21 persons per 100,000. In fiscal year 2016, roughly 68,000 veterans were treated for opioid addiction. The researchers estimate that the Department of Veterans Affairs is spending over $1 billion annually on health-care costs associated with prescription painkiller abuse that resulted from combat exposure during the War on Terror. Another $470 million is spent on treating heroin use. The researchers note that these figures correspond to the lower bound estimate of the effect of combat on opioid-related health ailments.