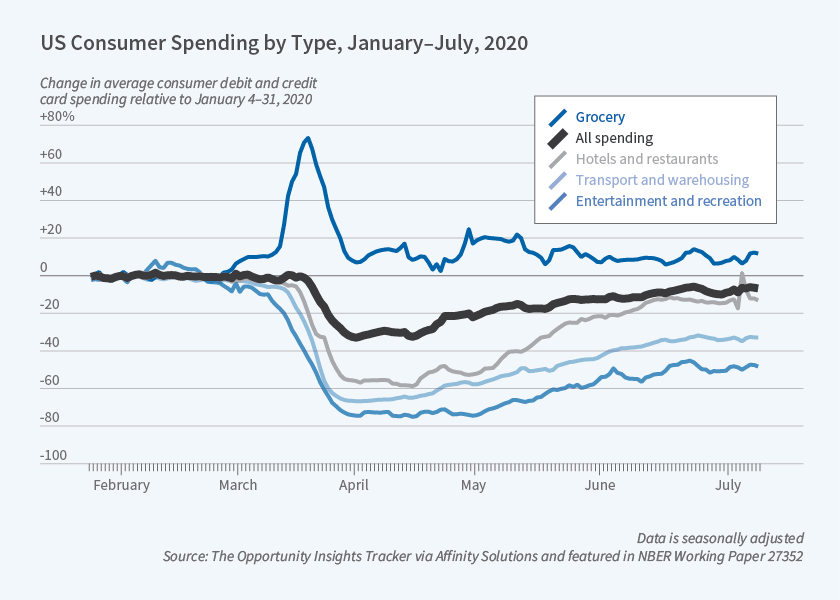 Spending on 'food at home' is up and spending for 'transportation' is down as a result of the pandemic, but the CPI weights of these categories are unchanged.

The US Consumer Price Index (CPI) may understate the rate of inflation during the COVID-19 crisis because it does not reflect pandemic-induced shifts in spending patterns, according to findings reported in Inflation with COVID Consumption Baskets (NBER Working Paper 27352).

Since the start of the pandemic, consumers have reduced spending on transportation, hotels, dining out, and recreation, and spent more on groceries and beverages, than in past years. But the weights of different spending categories in the CPI, which reflect the relative significance of a category of goods and services as measured by its share of total household consumption, were last adjusted by the US Bureau of Labor Statistics in December 2019. That update was based on data from the previous two years. 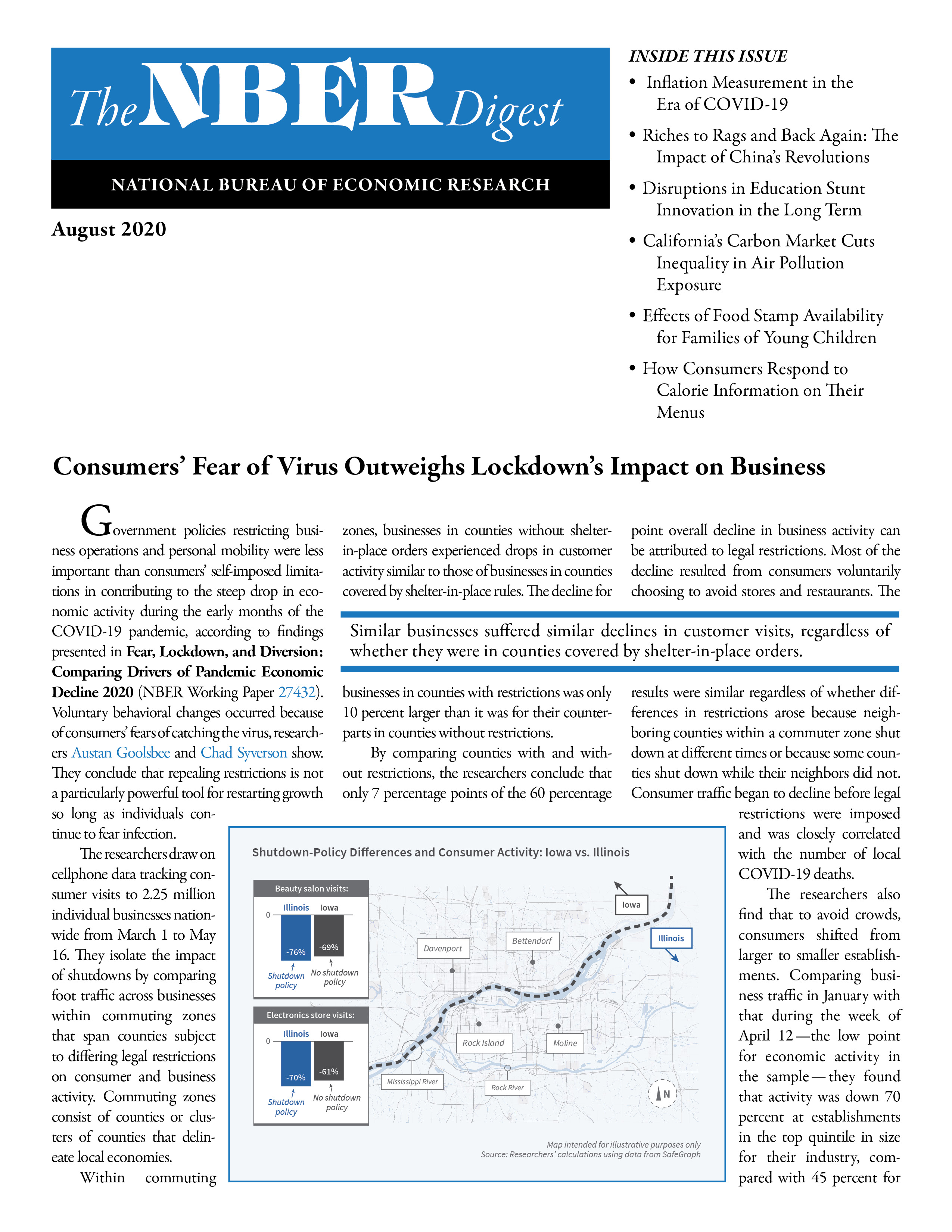 Alberto Cavallo constructed updated weights using data from US credit and debit card transactions for the first four months of 2020. The impact of the virus did not become pronounced until the last two months of the study period. By April, two categories — "food at home" and "transportation" — diverged substantially from the current CPI weights. Using the updated weights, the researcher re-computes the US inflation rate. He estimates that, as of April 2020, the annual inflation rate in the United States was 1.06 percent, as compared with 0.35 percent as reported by the CPI.

Consumers spent relatively more on the categories of "housing" and "education and communication" in the wake of the pandemic, but that had a negligible impact on the gap between the official CPI and the COVID CPI because inflation was nearly zero in those sectors in April.

The study projects that the pandemic will continue to increase the cost of living for the average US consumer, with the gap between the official CPI and the COVID-19 index widening as new social-distancing measures shift spending away from categories experiencing minimal inflation, if not deflation, and toward those where prices are rising at a more rapid clip.

Cavallo also constructed COVID CPI indexes for 16 other countries, assuming that the changes in spending patterns in those countries mirrored those in the US. He found that in 10 of the 16 countries, inflation rates during the pandemic were higher than the official rates.

In the other six countries, inflation rates during the pandemic were lower because spending shifts coincided with favorable price movements in individual CPI sectors. In Germany, for example, a 4.2 percent inflation rate in the "recreation and culture" category registered much more in the official CPI than it did in the COVID CPI, where that sector carried less weight. The fact that those nations have seen a decline in inflation underscores that calculating the impact of COVID-19 requires not just accounting for shifts in consumer spending patterns but also for divergent changes in inflation rates among spending categories.