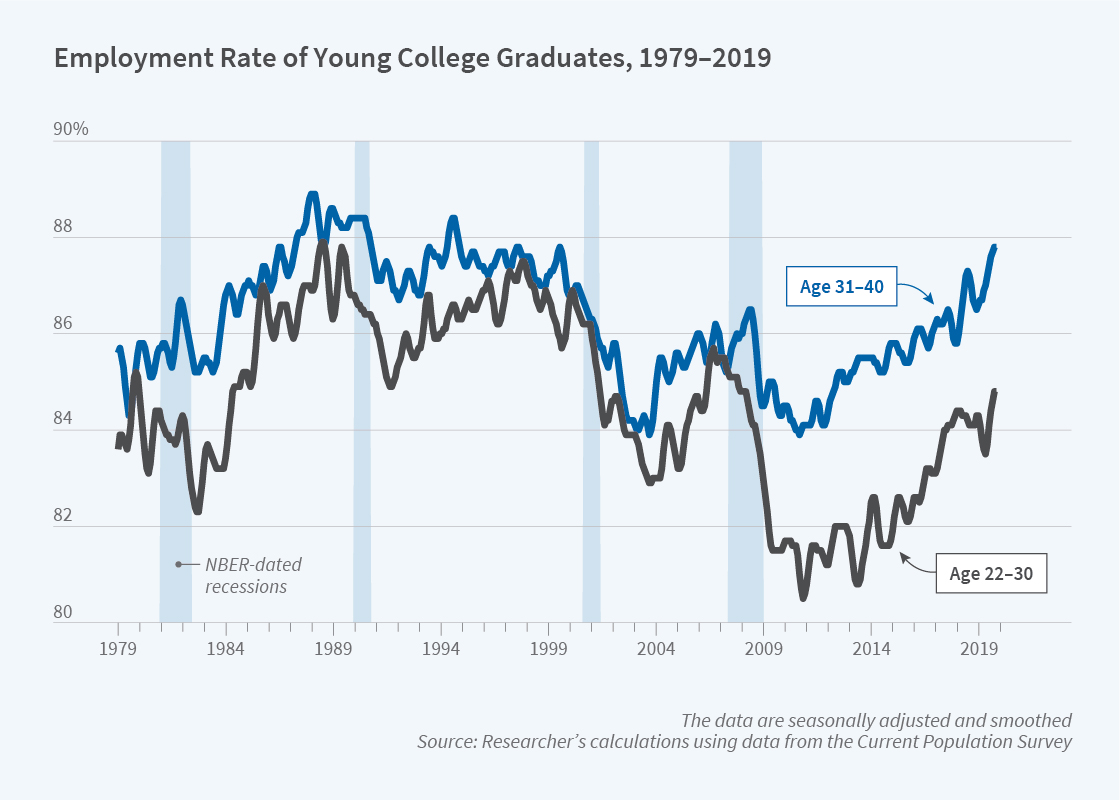 Job-finding rates and wages fell for new graduates entering the labor market in 2009 and 2010, but poorer prospects for young workers actually began before the recession and continued through the recovery.

There has been a substantial deterioration in the employment prospects of recent college graduates, Jesse Rothstein finds in The Lost Generation? Labor Market Outcomes for Post Great Recession Entrants (NBER Working Paper 27516). Cohorts that graduated during the period of economic weakness following the recession, which ended in 2009, had trouble finding toeholds on job ladders and generally have had weak earnings trajectories. However, this phenomenon is not simply a result of the recession. Graduates who entered the labor market beginning around 2005, as well as those who entered in the economically stronger period 2011–19, have had lower employment rates, relative to older workers in the same labor market, than earlier entrants. Something appears to have changed in the labor market, creating negative effects on new generations' employment rates. 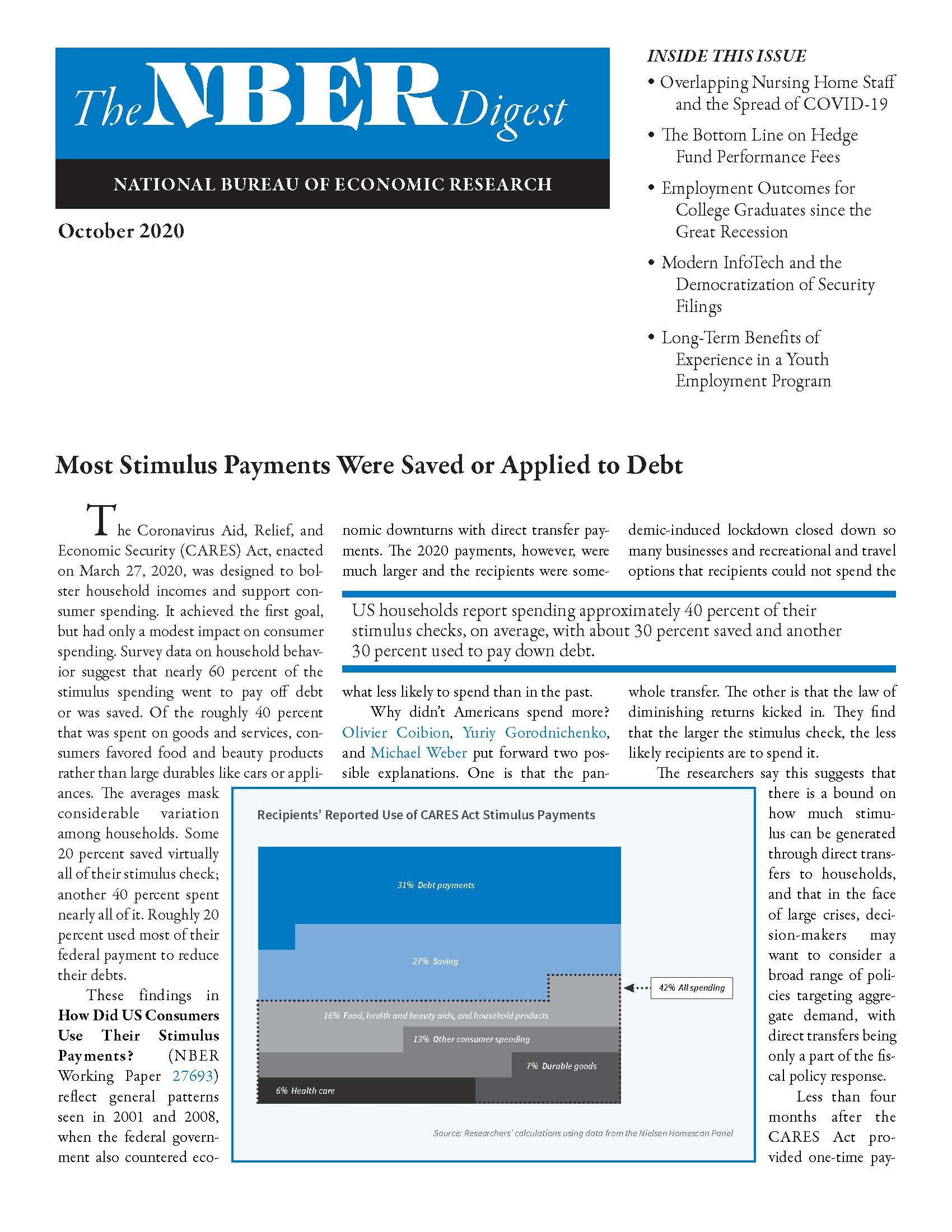 Rothstein studies the early-career economic outcomes of college graduates in the period between the Great Recession and the coronavirus-related economic collapse. He uses repeated cross-section data from the monthly Current Population Survey to examine individuals born between 1948 and 1997. He observes them at ages 22 to 40, between 1979 and 2019. His primary indicator is weekly employment.

Rothstein finds a structural break in young college graduates' employment rate beginning with the cohorts that entered the labor market around 2005. The decline in employment rates continued after the recession of 2008–9, not just for those who entered during the downturn, but for successive cohorts as well. Scarring effects, while quantitatively important, are not large enough to account for these outcomes. Moreover, they cannot explain poor outcomes for the most recent pre-pandemic entrants, who encountered historically low unemployment rates at the outset of their careers. The labor market grew steadily stronger from 2011–19, and overall employment rates rose, but the employment rates of new graduates were stagnant despite this rising tide. The most recent cohorts have relative employment rates 3 to 4 percentage points lower than would have been anticipated based on the pre-2005 trend.