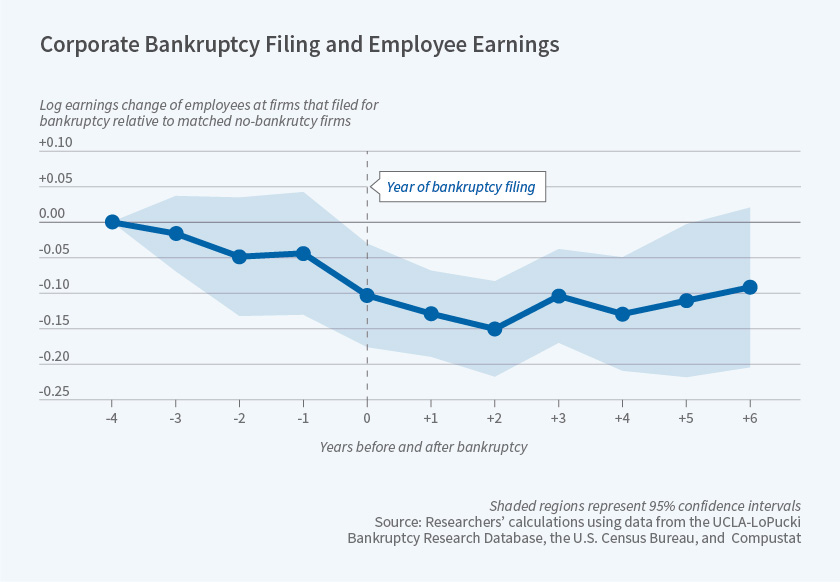 Debt finance benefits from an important tax subsidy, since firms may deduct their interest payments when computing their taxable income but they cannot deduct dividend payments to holders of equity. However, heavy reliance on debt makes a firm more likely to face bankruptcy, which is disruptive not only for the firm and its investors but also for its workers. When a company goes bankrupt, employees can lose their jobs and suffer from reduced earnings after the corporate shock. Employees recognize this risk of working for a highly leveraged firm, and demand higher wages to work for such a firm, as they would for other workplace risks.

In Employee Costs of Corporate Bankruptcy (NBER Working Paper No. 25922), John R. Graham, Hyunseob Kim, Si Li, and Jiaping Qiu calculate wage losses from bankruptcy, estimate the ex ante wage premium employees demand to offset the risk of working for highly leveraged firms, and introduce this cost into the calculus of how much a firm should borrow. They find that the higher wages demanded by workers can account for a substantial portion of the gap between the tax benefits of debt and the expected costs of financial distress as usually calculated. They conclude that the overlooked indirect cost of higher wages helps to explain why the tax benefits of debt often appear to be substantially larger than the measured costs of bankruptcy risk. 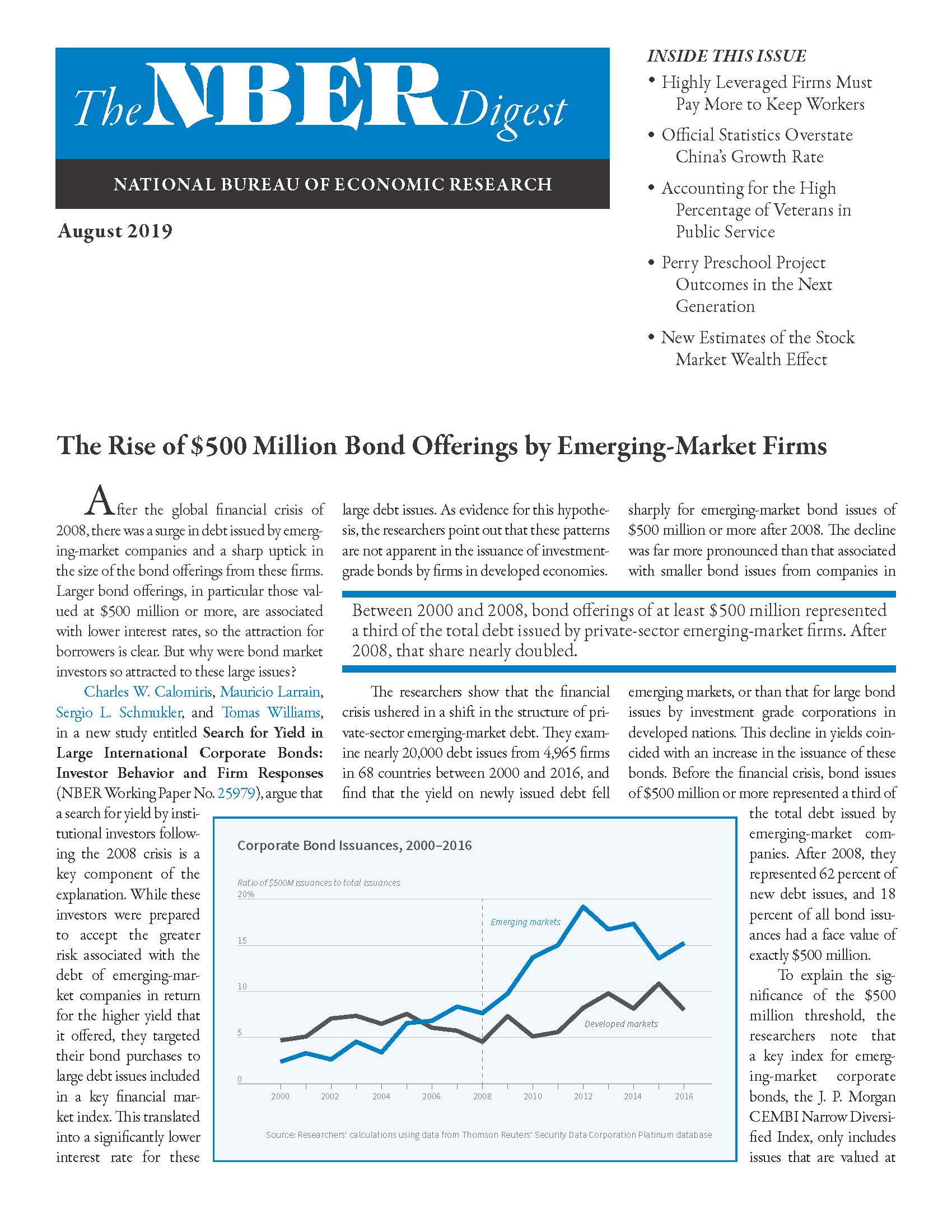 The researchers use worker-firm-matched data from the U.S. Census Bureau to show how bankruptcy affects workers' earnings. They use their lost-earnings estimates to calculate the implied annual wage premium that a worker would demand to work for a firm with a greater risk of bankruptcy. This amount is equal to the expected present value of the earnings losses due to the likelihood of the employer filing for bankruptcy in that year. They then compare the capitalized value of the wage premium with the tax benefits of debt, concluding that the induced increase in required wages is "large enough to be an important component of financial distress costs."

To compare workers who were employed by firms that went bankrupt with similar workers at non-bankrupt firms, the researchers created a sample of 140 corporate bankruptcy filings between 1991 and 2005, and followed 277,000 workers from those firms for up to six years using data from the U.S. Census Bureau's Longitudinal Employer-Household Dynamics program. They compare them to workers in 140 non-bankrupt firms, matched along key firm characteristics such as book assets, return on assets, and total number of employees. They then explore how employee earnings are related to the leverage of the firm they work for, while holding constant other firm and worker characteristics such as education, work experience, and gender. The resulting dataset includes 2.7 million worker-year observations.

Employees appear to be aware of the risk of working for a firm that might go bankrupt, and ex ante they demand higher wages as a result. The researchers find that "employees of highly levered firms are indeed paid higher wages outside financial distress," with higher compensation for workers who are most vulnerable to post-bankruptcy earnings losses.

Aggregating the increase in wages that a firm can expect to pay as it borrows and comparing this wage cost with the tax benefits of additional debt suggests that labor market effects are an important consideration in the corporate borrowing decision.