Why Are STEM Doctoral Completion Rates Lower for Women?

Women entering PhD programs in which they have no female peers are 12 percentage points less likely to graduate than men entering the same program.

More than half of all doctoral graduates in the United States in 2016 were women, but women accounted for just 23 percent of engineering and 26 percent of mathematics graduates.

In Nevertheless She Persisted? Gender Peer Effects in Doctoral STEM Programs (NBER Working Paper No. 25028), Valerie K. Bostwick and Bruce A. Weinberg explore differences in PhD class composition in an attempt to explain why women are underrepresented in science-related fields. They find that women who enter PhD programs in which they have no female peers are 12 percentage points less likely to graduate than men in the same program. A one standard deviation increase in the percentage of female students (a 20.7 percentage point increase) closes that gap in the probability of on-time graduation by 4.6 percentage points. 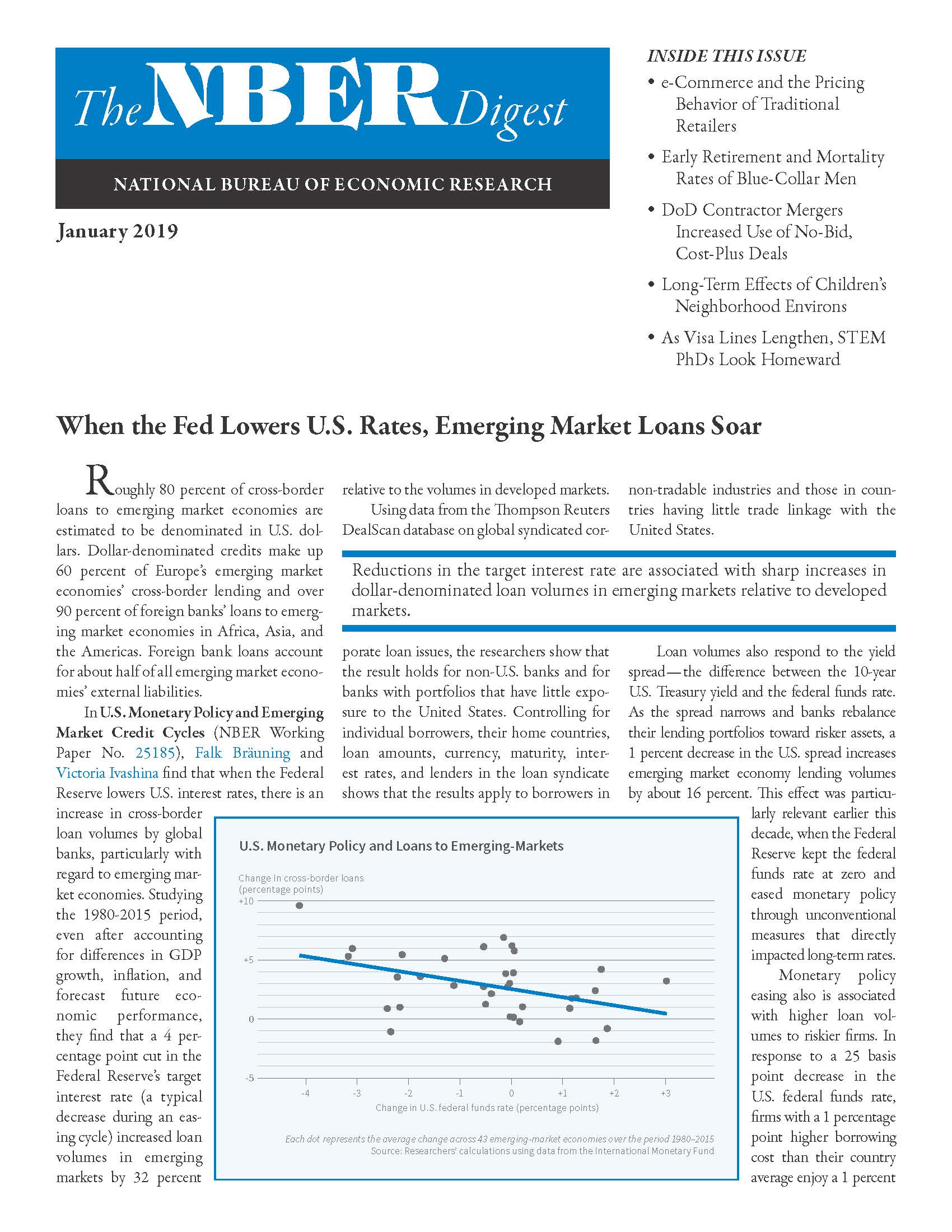 e-Commerce and the Pricing Behavior of Traditional Retailers